Owen's Friday Folder had his letter to santa in it. I thought I would share. 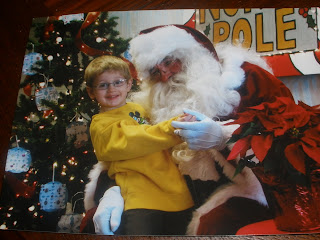 My name is Owen and I am five years old. I think I have been really good this year. I should get a lot of toys. I want a Spiderman scooter. I also want a Batman movie. I want a Batman toy with the Joker's bombs. Also I want a Lego Batman Video game. I want a batman pillow case with Batman sheets. Wolverine bouncy ball. I would like a dinosaur that if my brother touches it it will spray him with water. I want LOTS and LOTS of computer games. And a G.I. Joe memary. Scooby doo by doo games.

From your Sweetist boy ever