We had a great time with Owen's Classmates at their Christmas Party.  I thought I would share how to make 2 of the treats we had. 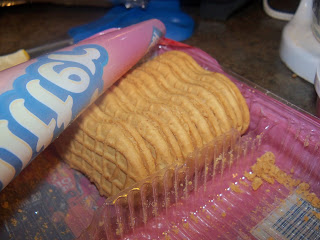 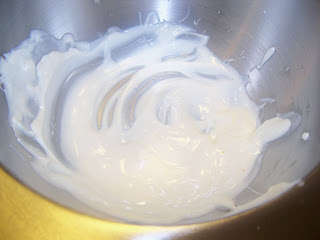 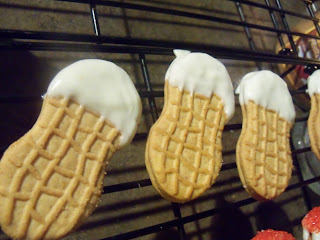 Dip the top part of the cookie in the Almond Bark 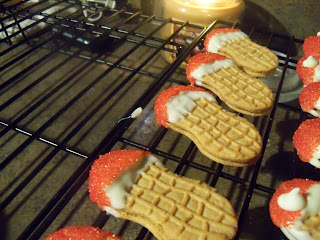 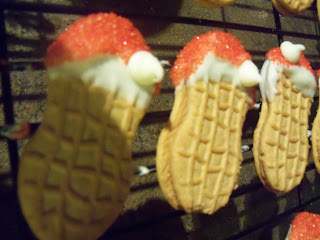 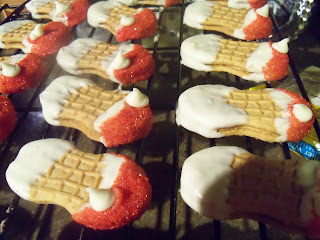 Then dip the other end in the Almond bark 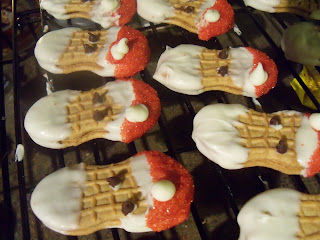 Add Mini Chocolate chip for the eyes.  Apply a little of the almond bark to secure the eyes 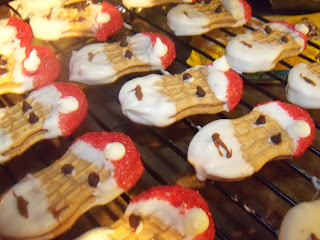 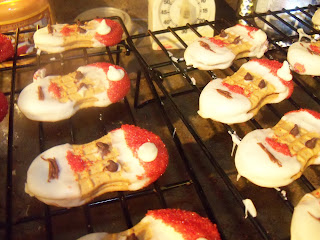 The recipe called `for red hots as the nose.  but I took a little of the melted almond bark, and then sprinkled some red sugar for the nose.

Next is a snowman Pretzel 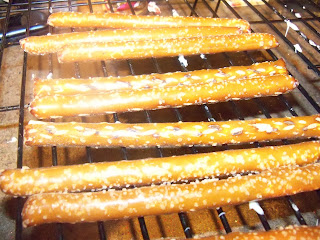 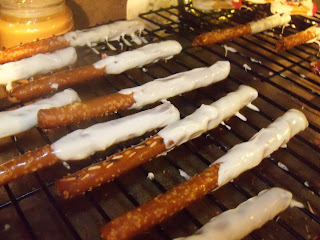 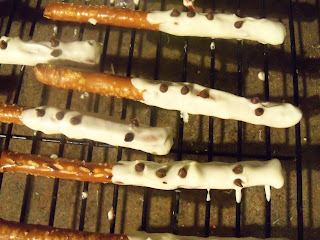 Place the Mini Chocolate Chips for the eyes and buttons 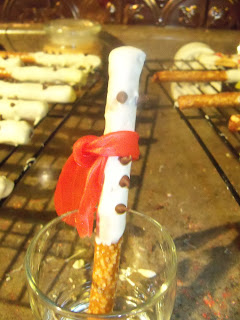 Place the pretzels in a small glass and tie a strip of Fuit by the foot around the pretzel for a scarf.  I tried tieing them but they kept breaking.  So I ended up twisting them. 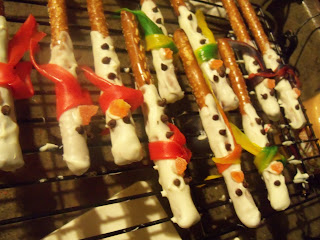 The recipe called for orange icing for the noses.  I cut up and orange gummy ring and placed as the nose. 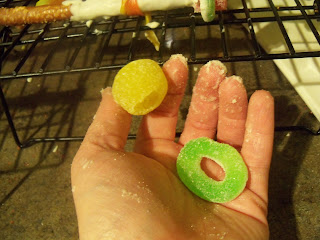 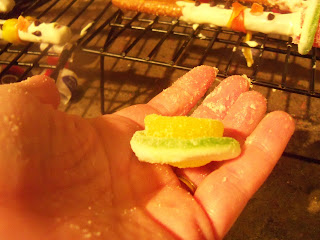 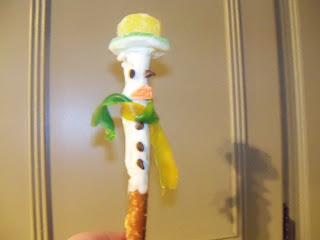 Dip the end of the pretzel into the Almond Bark and place his "Hat" on. 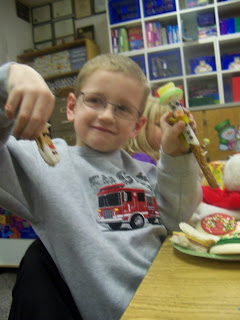